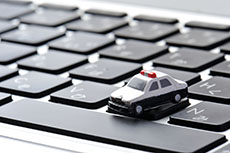 In general, surrender is recognized that one declares the crime which he/she committed to the police. Although it is not incorrect as an ordinary term, legally it is not correct. The legal term of surrender indicates the expression of a perpetrator’s intent to declare the crime which he/she committed to the investigative authority by him/herself and leave a disposition to it before fact of a crime or a perpetrator is brought to light. It is needed that a crime or a perpetrator has not been found out by the investigative authority. While appearance is often used in a sense of declaring a crime, appearance only means personally going off to a court or police station.

Merit of surrender is a possibility that the punishment finally rendered after a trial may be reduced.

As the Criminal Cord says that establishment of surrender is a ground to reduce a punishment discretionally, a court may determine whether it will reduce a punishment of one who surrendered him/herself considering comprehensively various factors such as the nature of the case or manner of the surrender. It requires attention to the fact that the establishment of surrender does not necessarily result in reduction of a sentence.

Moreover, a confession of a crime does not necessarily establish the legal surrender as the requirements of the establishment is hard. Even in such cases, the confession may be considered as a circumstance favorable for the suspect in a sense that he/she confessed a crime honestly.

Besides, where one surrendered it is likely to determine that he/she may not destroy/conceal evidence or flee as he/she seems to have a will to pay for his/her crime. In such cases, although depending on the gravity of a crime, the person becomes increasingly likely to avoid being arrested or detained after arrest so that he/she will be released promptly. Depending on cases, there is a case to gain non-prosecution and avoid a criminal punishment.

Declaring personally cannot be necessarily surrender in a legal term. It is necessary to do that before the investigative authority became known about the case. Thus, in cases where one gave a confession while interrogated by an investigator, the confession cannot be recognized as surrender.

Where one gave a confession about further crimes which had not be found out even during an interrogation under arrest or detention, the confession can be recognized as surrender.

However, that does not apply if the investigative authority already had suspected the person of the crimes. Moreover, where one gave a confession during an interrogation triggered by the fact that he/she implied about perpetration of further crimes before it was found out, the confession cannot be recognized as surrender. As seen above, a voluntary declaration in a term of surrender requires the fact that one voluntarily made a declaration of a crime in a rigorous manner.

2.To expect dispositions including one’s prosecution:

Declaration of a crime requires an inclusion of the meaning to expect dispositions including one’s prosecution expressively or implicitly. If the content of a declaration is to inordinately hide from a part of the crime or to immune from one’s criminal responsibility, the confession cannot be recognized as surrender in a legal term.

3.Declaration to the investigative authority:

4.Declaration made before a crime was found out by the investigative authority:

As mentioned above, “before a crime was found out by the investigative authority” means “before the whole investigative authority had a good grip of the fact of a crime or the perpetrator”. Therefore, where the fact of a crime is clear but the perpetrator is unknown, surrender can be accepted. However, in cases where only perpetrator’s whereabouts is unknown, which cannot apply to “before a crime was found out”.

Neither can surrender be accepted if the investigator to whom one made a declaration of a crime did not know about the fact of the crime and other investigators knew it.

It is necessary to meet all requirements above to form surrender legally. As it is difficult for the person concerned him/herself to judge these requirements, it is recommendable to consult with a lawyer about the situation of a case or future prospect. Even if legal surrender cannot be formed, a court may consider the fact that one gave a confession of a crime to the investigative authority as extenuating circumstances.

Lawyers working at AICHI Criminal Cases Law Firm can provide for adequate advice on criminal procedures after surrendered or appeared to the investigative authority. We continue to accept the case and do proper defense activities if requested.

AICHI Criminal Cases Law Firm provides with the first-time consultation for nothing and a service that a lawyer accompanies a client to appear to the investigative authority. If you think of surrender or appearance, please come to our office to consult with our lawyers.