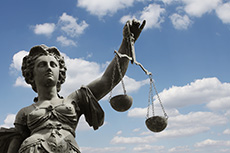 False accusation means that an innocent person is suspected of having committed a crime, get arrested as the suspect, convicted in a trial and treated as a criminal.

When one is suspected of having committed a crime even though he/she has nothing about it, he/she will be confronted with two choices. One is to acknowledge a false fact and settle a case peacefully, while the other is to thoroughly contest and accomplish innocence.

Confession has been recognized as the most valuable evidence for proof of the offense.

Confession makes a judge conceited so that he tends to think that the person would be a perpetrator, or that this case is not so difficult. That is based on an idea that one cannot
admit what he/she did not do. However, in reality a man behaves with emotion. One may think that he/she has no chance of winning and gives it up, gives into a temptation that confession enables him/her to get out and make a false confession.

Then, once made a false confession, it is extremely hard to fight over the confession.

To Prevent From False Confession

A measure not to take a false confession is, first of all, to have one’s own firm intention to say that no is no. However, it is difficult to get over an interrogation with it. Although anybody can think of not saying unfavorable things against oneself, the one with whom you contend is a professional interrogator that has heard from those who decided not to speak disadvantageous things against them. An interrogator who believed that you would be a perpetrator may sometimes interrogate you in aggressive manner to get confession. Therefore, it is important to understand what kinds of defense rights are guaranteed and take appropriate measures based on the understanding in order to get over an interrogation. It is better to receive legal advices from a lawyer about how to deal with an interrogation.

The suspect is not able to appoint a court-appointed defense counsel and is not permitted to have an interview with his/her family from arrest until detention. In most of the false accusation cases, it is a factor that the investigative authority took a false confession from the suspect during this term.

AICHI Criminal Cases Law Firm organizes a system that a lawyer rushes to an interview with the one in custody or under detention on the same day when requested. Those who have trouble with a crime about which they know nothing, please contact us.

 Give advice on how to deal with an interrogation

It is harder than one might imagine that a person is detained in a detention cell for a long term and questioned for a long time each day. Under such a circumstance the person might be forced to give a disadvantageous statement against him/her responding a leading question asked by an interrogator.

To support the one under these hard circumstance, lawyers of AICHI Criminal Cases

Law Firm serve as an intermediary with the family and support the one detained and his/her family to feel at ease as much as possible.

If you got struck by an investigator or pressed hard for admitting the charges instead of letting you out of a detention cell immediately, please consult with a lawyer. Where an illegal or undue interrogation was carried out, AICHI Criminal Cases Law Firm promptly protests to the investigative authority. We also keep evidence to show that an illegal or undue interrogation was carried out, and take a measure not to adopt the written statement made by illegal interrogation where the statement is requested as evidence at trial.

However, as a public prosecutor prosecutes for only cases which he determines it verifiable, it is highly likely that the accused would be found guilty without the defense side’s actively taking an action to prove innocence when a public prosecutor brought an action. In such a case, a lawyer finds and collects favorable evidence for the accused such as alibi evidence, and pleads not guilty.

In fact, it is more difficult to collect evidence than one imagines. Moreover, it is hard, in a general way, to judge what kinds of evidence is favorable in what sense.

AICHI Criminal Cases Law Firm specializes in criminal and juvenile cases so that we are entirely devoted to clear you of wrongdoing based on rich experience in judging what kinds of evidence is valid at trial and how to collect evidence.