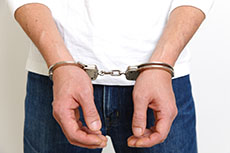 In addition, not only a previous conviction but also a criminal record is administered in the database of public prosecutor’s office to use for an investigation and a resolution of a case. However, not everyone can browse them: only those who have an authority where it is necessary to solve a case can browse them.

Besides, a previous conviction is not registered in a domiciliary register nor in a residence certificate.

Disadvantages for a Person with Previous Conviction

Besides, a previous conviction causes a certain disadvantage in social life. For example, a certain qualification becomes restricted as a professional restriction. That one was sentenced to more than imprisonment can apply to the causes of disqualification for government officials, lawyers and certified accountants.

As the presence or absence of a previous conviction is in principle controlled strictly, it is not accessible to the public, and even the person with a previous conviction him/herself cannot make a referral to it. However, if a case got a media coverage, it may be brought to light by an investigation done by a private inquiry agency or come out through the grapevine. At the time of employment, it is not necessary to talk actively about a previous conviction, however; if one told a lie it could be fraud in application for employment, and if it comes to light later it may be a cause of punitive dismissal.

One has a previous conviction when the investigative authority carried out an investigation, a public prosecutor prosecuted him/her, and a court pronounced a guilty verdict. Then, as a mean to avoid a previous conviction, one first can think of beating the charges. However, it is not easy to beat the charges. Because it is said that the percentage of guilt of cases prosecuted by public prosecutors is 99%. There are few cases that the accused can beat the charges.

However, the percentage of prosecution of cases sent to public prosecutors is 40 %. It is perhaps surprisingly, however; about 60 % of the cases is dropped by public prosecutors. Therefore, where the investigative authority initiated the criminal proceedings against a case, it can be said that it is beneficial to look toward the disposition not to institute a public action.

Way To Get the Disposition Not To Institute a Public Action

Disposition not to institute a public action is one of the final dispositions by a public prosecutor and a determination not to prosecute the suspect. There are some reasons for the disposition not to institute a public action, for typical example where there is no complaint from the victim in a case of offense prosecutable upon a complaint. Besides, a public prosecutor may determine suspension of prosecution when an offense is petty though the establishment of a crime is obvious, or taking into account various factors such as the fact that the out-of-court settlement was reached with the victim.

If you want to gain non-prosecution and avoid criminal record, we recommend you to consult with a lawyer as early as possible. If you have any trouble, please visit AICHI Criminal Cases Law Firm to consult.